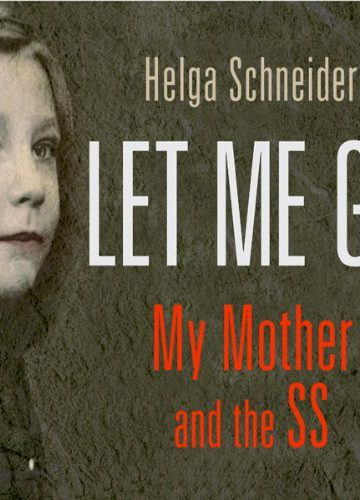 In 1998, Helga Schneider, in her 60s, was summoned from Italy to the nursing home in Vienna in which her 90-year-old mother lived. The last time she had seen her mother was 27 years earlier, when her mother asked her daughter to try on the SS uniform which she treasures, and tried to give her several items of jewellery, the loot of Holocaust victims, which Schneider rejected. Prior to that, the last time they had seen each other was in 1941 (when Schneider was 4 and her brother 19 months old), when Fr Schneider abandoned her family in order to pursue her career as an SS officer.

As their conversation continues, Schneider establishes that from the Nazi women’s camp at Ravensbruck, her mother moved to Auschwitz-Birkenau where she was in charge of a “correction” unit where brutal torture was administered. Her mother not only remains uncontrite, but continues to regard her former prisoners as the sub-human inferiors of Nazi ideology.

Helga Schneider’s extraordinary, frank account is desperately sad and extremely powerful. She describes without sentimentality or self-pity her own difficult upbringing and the raising of her own child against the background of painful confrontation of the reality of her mother. She skillfully interweaves her family history the story of their final meeting and powerfully evokes the dreadful misery of Nazi and immediate post-war Berlin. This is an important document on many levels: as Holocaust history, as evidence of the power of political ideology, and as an exploration of moral responsibility.