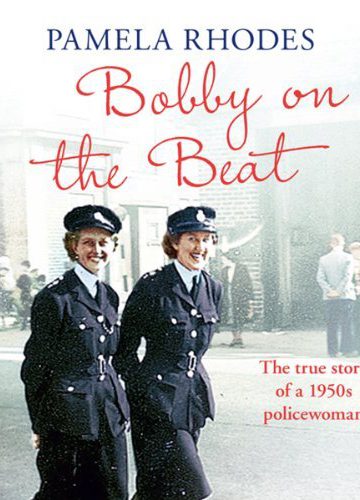 Back in 1950 Pam became one of the first policewomen in the country. But the force’s new female recruits faced a sceptical public in rural Yorkshire and even before they stepped out on the beat there were the prejudices of older male officers to overcome.

Yet from the first Pam was thrust into the front line. From runaway bulls to investigating ladies of the night and cases of vice, her innocent eyes were quickly opened. And soon, spending her days on the streets, she came to know the neighbourhood and the extraordinary characters who lived on the right, as well as wrong, side of the law.

In the charming Bobby on the Beat, Pamela Rhodes’s tales of life as a copper provide a fascinating glimpse of country life now long gone – when seeing a bobby on the beat meant all was well.

Pamela Rhodes lives in Scarborough, where she was one of the first WPCs in Britain in the 1960s. Her unique story was picked up when she entered the life-story competition run by Penguin and Saga Magazine, in which she placed as a runner-up. This is her first memoir.